Jason's Deli for Inheritance of Hope

My name is Tarah Harvey. I graduated college in 2007 with a hospitality degree, and shortly after began working for Jason’s Deli.

In January 2008, I moved from Kansas to Dallas, and began the MIT program at a store in Plano, Texas. It was hard work, but the culture was amazing. Throughout my time here, I have held several different positions and am currently working in Off-Premise Sales Development.

In October of 2016 I was diagnosed with breast cancer. Three short weeks after being diagnosed, I found out I had metastatic (stage 4) breast cancer. I was 32 at the time with an 8 month old baby, and a daughter who just turned 4. When I was first diagnosed, my supervisor quickly suggested I visit MD Anderson Cancer Center. At MD Anderson they uncovered that the cancer had spread to my spine, pelvis, and left arm.

Being stage 4, I will be in treatment forever; the cancer will always find a way back. Jason’s Deli has always stood by my side. They created a position for me that required no travel while I was going through chemo and two major surgeries. They were accommodating through treatment and continue to support me while I travel for scans and appointments. You can read more about my story on “Story Half Told.”

Kendra Scott sponsored this retreat in memory of her best friend, Holley Kitchen, who passed away of metastatic breast cancer in 2016. At the retreat, I was fortunate enough to meet Kendra and several of her employees. We have remained in touch ever since.

Given my story, it seemed like a natural fit for Jason’s Deli to partner with Kendra Scott. That’s why we are so excited to announce our partnership for Holley Day. 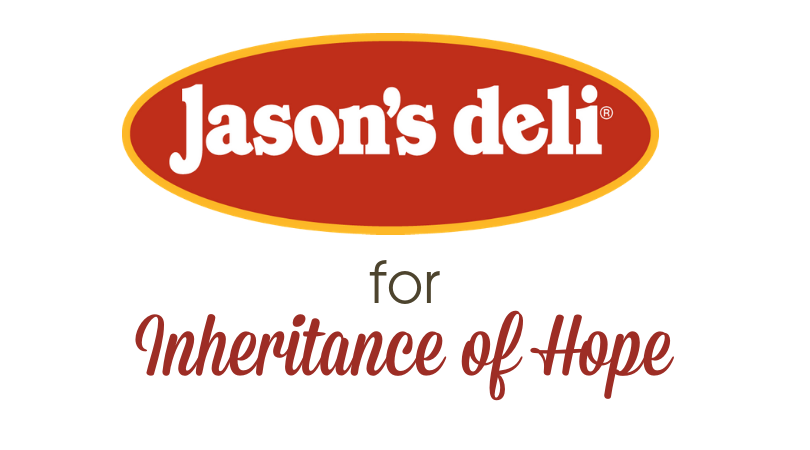 On October 13th, participating locations will be donating 15% of sales to Inheritance of Hope for every order that mentions “Holley Day.” We will also be providing catering for select Kendra Scott locations.

Jason’s continues to amaze me with the support they offer, and the amount of people who are in my corner.

Because after all - it’s a family thing.™

Back to Deli Blogs